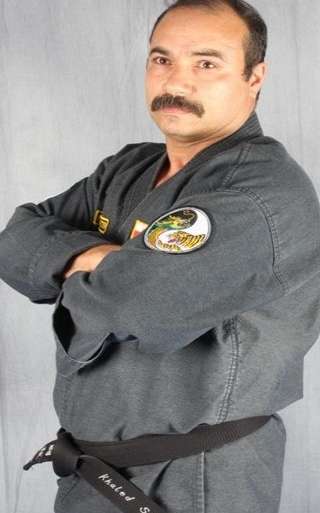 The Vice President of the Maryland State Taekwondo Association

Master Khaled Salah has over 45 years of experience in the martial arts. He was Master of Masters and the instructor of instructors while in Egypt. Master Khaled has a long list of accomplishment as a martial artist. He has attained the Master level in Kung Fu and is a 5th Dan in Taekwondo. Master Khaled is also a certified instructor in Kung Fu, Tae Kwon Do, boxing and has studied Judo and Shotokan. Master Khaled as an instructor for the martial arts, was responsible for developing and training the Egyptian army and the artillery division of the Saudi Arabian army. Also he trained three Elite teams in Egypt, whose members went on to become national and international champions. Similarly, he trained teams in Saudi Arabia, whose members rose to become national champions. Prior to becoming an instructor, Master Khaled competed as a martial artist, where he was the National Champion of Egypt in Kung Fu, the military National Champion in Kung Fu and Taekwondo and a member of Egypt's National Taekwondo team. Master Khaled Saleh came to the United States with one goal in mind. To have the strongest schools in the nation. After training and teaching his whole life across many countries and with many army forces he came to America. In 2008 he opened Capital martial arts, after only one year his students were winning gold in the United States national competitions. Since then his students have consistently been winning gold in the USTA nationals and has begun to prepare for international and Olympic competitions. Capital martial arts does not only strive to be the best but has earned that title many times across Maryland and the east coast. Master Khaled Saleh spent all his life training in martial arts, from his passion with Kung fu (7th degree) to his love for the fast paced nature of taekwondo (5th Dan). He still trains but has turned his focus on teaching and sharing his experience and knowledge with his students to make one of the strongest schools in North America.